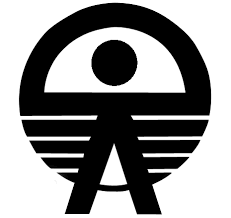 Madeleine Stratford is a poet, a literary translator, and an associate professor of Translation at the Université du Québec en Outaouais. Her first poetry book, Des mots dans la neige (Éditions anagrammes, 2009) was awarded the 2009 Orpheus Poetry Prize in France. She has published literary translations in various journals and anthologies, including Calque, Corresponding Voices, K1N, and Alba Londres. Her French translation of Ce qu’il faut dire a des fissures / Lo que hay que decir tiene grietas by Uruguayan poet Tatiana Oroño (Paris, L’Oreille du Loup, 2012) was awarded the 2013 John Glassco Prize for Literary Translation by the Literary Translators’ Association of Canada, and also received a commendation from the jury of the 2012 Nelly Sachs Translation Prize in France. In June 2014, she was selected to participate in the Banff Literary Translation Centre Program for her latest project, a French translation of Voluptés by Marianna Apostolides (La Peuplade, 2015).

What is your relationship to Quebec writing? Can you remember the first time you picked up a book from Quebec?

I love Quebec literature, especially poetry. It’s hard to remember the very first time, of course, but right now, the title that comes to mind is Cent dangers, a comic book by Caroline Merola that my uncle André Boisvert gave me when I was a child. Years later, when I was in a cégep, I went to Montreal to interview Caroline for a course on comic books and graphic novels. I guess that shows the impact it had on me!

Also, when I was 15, they made us read Marie-Claire Blais’ La belle bête in highschool. I was shocked, and wasn’t sure I wanted to read more. But then, that summer, I discovered Bonheur d’occasion, Nelligan’s poetry, and Saint-Denys Garneau’s, and Michel Tremblay’s Les belles soeurs. And I just fell in love. I discovered that it was possible to write in a language that resembled my own, as opposed to the French from France that had always felt somewhat foreign to me.

Another thing that struck me when I started cégep was that you didn’t have to be an “actual” Quebecer to belong to Quebec literature. I’m thinking here of Gabrielle Roy, for instance, who’s originally from Manitoba, or of Franco-Ontarian Daniel Poliquin, who are both often presented as Quebec writers. But I’m also thinking of the wealth of authors we’ve come to call “migrant writers,” such as Dany Laferrière or Sergio Kokis. When Quebec loves a given writer, it tends to make him or her its own. However, this seems to be a French-related phenomenon. When it comes to English-speaking writers—even born and bred in the province—the cultural scene is a lot more hesitant to treat them as Quebec writers. The obvious example here is Mordecai Richler. But there are others. And this has always bugged me.

What, if anything, would you say defines Quebec literature? Do you tend to read literature from Quebec mostly in French or in English?

I’ve read more Quebec poetry than prose, I suppose, so my answer will focus on that. I find that there is a particular will to “own” written French. And this can take many forms: sometimes, poets will be “more French than the French,” but generally, French will be subverted, interspersed with English words or joual (like in the work of “counter-culture” poets who started in the 1970’s) for instance, or heavily womanized (I’m thinking here of poets like Nicole Brossard or Yolande Villemaire). Sure, poetry has always been about exploiting language, deconstructing or reinventing it, but in Quebec poets, it takes on an ontological or indeed a political meaning: language as a way to speak out a sort of difference, a singularity, a uniqueness.

Because Quebec likes to stand out. The desire to construct an “identity” is omnipresent in all of Quebec literature, I believe, not only poetry.

And I suppose I’m including myself here. When I write (be it French or English, or even Spanish or German, but mainly in French), I too am striving to take form on paper, so that I can read what I wrote as if I were looking at myself in the mirror for the first time or hearing myself on tape and discovering what makes me speak the way I do, what makes me who I am.

To your second question, I’ll start by giving you a “trick answer”. During the last few years, I’ve read quite a lot of Quebec poetry in Spanish (mostly Latin American) translation. And some of it is amazing. Mónica Mansour did a fine job translating Nicole Brossard, as did Silvia Pratt with countless Quebec poets. But now to answer your actual question: I tend to read Quebec literature in the original language, that is, either in French or in English, depending on the author’s mother tongue. Sometimes, it makes me want to translate them into the other language, so that I can share my love. This is what happened to me when I read Louise Desjardins’ poetry. I just started to translate it into English. Compulsively. Because I loved it so much and wanted to share it with the English-speaking world. We’ll see where that leads!

What excites you most in the books you read?

I like when authors mix different registers, not only in dialogues, but in the narrative itself: when this is well done, it shows true artistry. I also love when different narrators are involved or when there’s an unforeseen switch of point of view. But mainly, I like to be told a good story, one that makes me want to devour the book in one sitting… And I’m not excluding poetry, here: poems also tell stories. But I guess with poetry, it’s not so much about wanting to read the whole book in one sitting as about wanting to read some specific poems again, and again, and again. Out loud and inside my head.

And I’ll add that this is precisely what drew me to the work of Marianne Apostolides I’ve been translating for La Peuplade: poetic phrasing, mix of registers, multiple narrator shifts, and good old storytelling. When I started translating Voluptuous Pleasure (Bookthug, 2012), I knew it would be a challenging book. Composed of nine “true” stories inspired from the lives of the writer and her family, it constantly blurs the boundaries between real life and fiction, questioning the very act of writing stories and history itself. Rhythm was also important, especially in the dialogues, as well as keeping the balance between spoken and written language. When I read the book, I thought: this could (or indeed should!) have been written in Montreal. So this is what I had in mind when I translated it into French. It was my first book-length fiction translation (I had translated mainly poetry before), and the first time that I felt allowed to translate a text into a French of my own, without trying to hide my Quebec roots.

What are some of the most important novels and books to come out of Quebec, in your view? I was thinking about this the other day. What is the best book to ever come out of Quebec in English or French? I haven’t a clue. Do you?

My most spontaneous answers would be, for poetry, Regards et jeux dans l’espace by Hector de Saint-Denys Garneau, and for fiction, La love by Louise Desjardins. Both books speak to me on a level I can barely describe. In their own way, they both reach me to the core. And make me speechless. And when a chatterbox like me is at a loss for words, you know it’s something special, very special indeed.

Do you think there’s a reason so little of what is published in Québec in French makes it over into English? (And do you think much of it would be translated if it weren’t for translation grants?)

I wouldn’t restrict the language pair to French-English. A great deal of Quebec literature is translated abroad, especially into Spanish. And this is impressive, actually, considering the size of our literary industry. I mean, Quebec literature is peripherical to Canadian literature and to French-language literature. And for a “minor” literature, it enjoys quite a wide distribution. Sure, Quebec books are being translated mainly thanks to the Canada Arts Council (and, to a lesser extent, SODEC) translation grants. (And I can’t stress how vital those grant programs have been and still are!) But they are also translated because Quebec has exported cultural goods (both in the original French and in translation) as a means of “putting the province on the map.” And it worked, to some extent. The second time I went to Mexico City, for instance, I was staying at a friend’s house, and her roommate, who has nothing to do with the literary industry (he studied Philosophy but became an entrepreneur), said to me, “Hey, you’re from Quebec! I have this poetry anthology that’s from there. Great stuff!” And he showed me said anthology.

I was awestruck. I thought, “Quebec literature travels. Beyond Canada. For real.”

Something similar happened to me in Berlin, when a guy I didn’t know (Till Bardoux) came to me and said: “Hey, you’re from Quebec! Can you help me with my German translation of L’avalée des avalés? I just fell in love with the book and had to translate it.” How could I say no? We met several times, poring over the intricacies of Ducharme’s French. Till had translated philosophy books before, but that was his first fiction translation, and his own pet project. He’d fought to get a publisher and when he finally did, they learned that the rights had just been sold to another. So he fought to get to translate the novel for this other editor. And he succeeded. That’s how much he’d fallen in love with Ducharme’s work. I can’t think of a more beautiful love story involving Quebec literature!

If you were to recommend that someone who has never read anything from Quebec pick up a book and start reading it today, which book would it be?

I’d like people to consider a literary translation “made in Quebec,” which also contributes to Quebec’s cultural heritage. So, you know… pick up Howard Scott’s and Phyllis Aronoff’s latest Madeleine Gagnon (As Always, Talonbooks, 2015), for instance, or Pier-Pascale Boulanger’s brand new Howard Roiter (De perte en fils, Éditions Le bout du mile, 2015). To me, those books are doubly Québécois, because they were written here and translated here. Isn’t that amazing? But books from anywhere translated here can become our own… Just like books written here, regardless of where the authors are from, are often made our own.

This interview with Madeleine Stratford first appeared on QuebecReads.com, a new webzine that helps bring the best of Quebec literature to the English-speaking world with weekly reviews and translations.